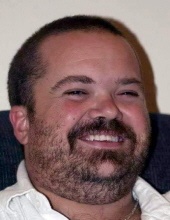 Chris passed away peacefully on July 5, 2021. Born November 24, 1980, he was a beloved son, grandson, brother, and cousin. He loved being around family members and friends. He was known for his enormous heart and listening ear. Chris loved bowling and was an active member of the Tuesday Night Businessmen. He also played pool for many years and was a member of the American Poolplayers Association.

Chris was the life of the party who enjoyed having a good time, with his wicked sense of humor, he would keep everyone laughing for hours. Chris had a personality that with even just one encounter with him, you would remember him for life. Those who knew Chris, even just a little, lost a shining light in their lives.

He was preceded in death by his mother, Hazel Hixon and step-mother Geraldine Hixon. Grandparents, A. Willard and Virginia Ford, Grandfather, Blanchard Reno and Grandmother, Virginia Hixon.