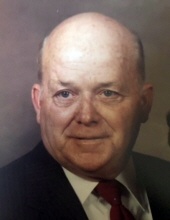 Funeral service for Mr. Conrad N. Ludlow, 91, of Monroe, LA, will be held at 2:00PM Saturday, March 26, 2022, in the chapel of Mulhearn Funeral Home Sterlington Rd. Monroe, with Rev. Jay George officiating. Interment will follow in Mulhearn Memorial Park Cemetery. Visitation will be from 1:00PM until service time at the funeral home.

Mr. Ludlow was born on January 16, 1931, in Swartz, LA, and passed away on March 24, 2022, in Swartz, LA. He was a member of the First Baptist Church in Swartz and an Army veteran of the Korean War. Mr. Ludlow worked at Angus Chemical until he was 80 years old. He helped to train umpires in the East Ouachita Baseball League. But his most favorite was spending time with his grandchildren. He and his wife would have been married for 69 years on May 16, 2022. Mr. Ludlow was preceded in death by his father, Bennie Ludlow; mother, Clara Ludlow; two sisters, Dorothy Ludlow and Maggie Carr; and brother, Robert Preston Ludlow.

To order memorial trees or send flowers to the family in memory of Conrad N. Ludlow, please visit our flower store.