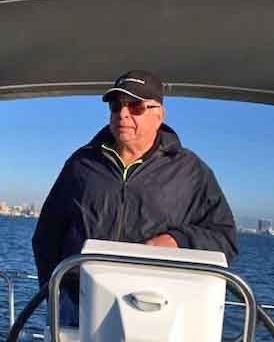 David Thomas Brown, Sr. was born October 12, 1943, in Delhi, LA and passed away January 12, 2023, in West Monroe, LA. He was born a farmer in West Carroll Parish and later moved his family to Ouachita Parish. Mr. Brown worked in sales for 25 years with KTVE until starting his own advertising business. He loved and very much enjoyed the outdoors, especially woodworking, golfing, and traveling with his wife Debbie. He was an amazing father to five children, four grandchildren and one Pomeranian Bear man. David was deeply loved by all and will always be remembered.

He was preceded in death by his parents, Billy Brown, Sr. and Aline Brown; brothers, Billy Brown, Jr., Ted Brown, and Allen Brown; and sons, Brandon Brown and Ronnie Brown.

To order memorial trees or send flowers to the family in memory of David Thomas Brown, Sr., please visit our flower store.