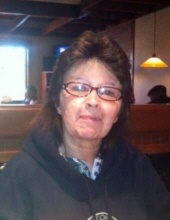 Mrs. Smith was born November 2, 1955 and went to be with her Lord and Savior on August 12, 2021. She attended the Seventh-day Adventist Church. Debbie enjoyed playing on the computer, gong to the casino, but more importantly cooking for her family and friends. She was the oldest of seven children.

She was loved and will be missed by many.