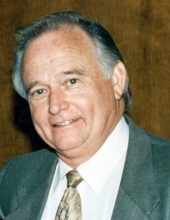 Donald “Don” Allen Williams
Graveside service for Major Donald “Don” A. Williams, U.S. Army, Ranger, (Ret), 82, of Monroe, LA, will be held at 11:00AM Thursday, April 1, 2021, at the Northeast Louisiana War Veterans Cemetery in Rayville, LA, with Rev. Johnny Miller officiating under the direction of Mulhearn Funeral Home Sterlington Rd. Monroe.
Mr. Don was born on January 8, 1939, in Jonesboro, LA and passed away on March 27, 2021, in Monroe, LA, following a lengthy illness. He was a graduate of Louisiana Tech University. Don was a high school band director in Arkansas, Delhi and Rayville.
Survivors include his wife, Pat Guice Duke Williams; daughter, Heather Fuqua and husband Kirk; two stepsons, Danny Duke and his wife Lee and Michael Duke; his beloved yorkie, Tripp; and several grandchildren.
The family would like to extend a special thanks to Hospice Compassus.
To order memorial trees or send flowers to the family in memory of Donald "Don" Allen Williams, please visit our flower store.