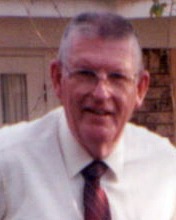 Dozier Harrell was born August 12, 1933, in Sicily Island, LA and entered into his heavenly home on January 8, 2023 in Bossier City, LA. At about two years of age, Dozier’s parents moved to Clayton, LA where he grew up and married his high school sweetheart, Winnie Jones Harrell in 1952. They were married for 67 years before her death in 2019.

Dozier was drafted into the US Army, but due to a birth defect, he was unable to complete basic training and received an honorable discharge. Shortly thereafter he began working for the US Department of Agriculture, Soil Conservation Service. His life on a farm taught him the value of work ethics and the rewards of hard work. His position with SCS required moves/transfers in order to receive promotions or pay raises until regional offices were created. After living in Clayton, Donaldsonville, Ville Platte (2 different times), Bossier City, and Tallulah, he eventually retired in Monroe. Upon retirement, he began working at Lowe’s in the groundbreaking stages and worked there for several years with the stipulation that he would not work on Sundays. Later he volunteered to drive a van for veterans to Shreveport Veterans Hospital on a regular basis and when he resigned as a van driver, he had logged more miles than any other driver at that time. He also did volunteer work at Ray of Hope and Northeast Louisiana Food Bank. No matter where they lived, Dozier always had a garden and shared the fruits of his labors with family, friends, neighbors, and church members. And he was always willing to assist and accommodate Winnie in trying to keep her plants alive, moving them, and building a greenhouse at their new location through the years. He was willing to help others when he could, even opening his home to children whose parents needed temporary assistance. He enjoyed reading, traveling, and fishing. He also enjoyed sharing meals with family and friends.

But the greatest decision made by Dozier was to become a follower of Christ in 1951. He was baptized at First Baptist Church, Ferriday as the Clayton Church did not have a baptistery. With each job transfer, a new church home was found, and the Harrell family became actively involved in their new church. Dozier served as a Deacon, Sunday School teacher, Royal Ambassador Leader, usher, Church Clerk, and volunteered to help or assist in any way he could. It was not his love of the church that led him to do these things, but rather his love for God. His desire was that others would come to know Christ as their personal Savior and become witnesses for Christ as well. He was a man of integrity and prayer. He attempted to live his life in a manner which reflected his relationship with Christ. In his last days, he talked about wanting to remind other Christians that we must be reaching the lost for Christ.

Honorary pallbearers will be grandsons, Justin Harrell, David Britt, and Justin Warrington as well as the deacons of Lakeshore Baptist Church.

In lieu of flowers, memorials may be made to Lakeshore Baptist Church.

To order memorial trees or send flowers to the family in memory of Dozier Hansford Harrell, please visit our flower store.