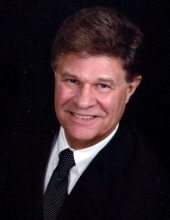 Memorial services for Dr. Gerald C. Golden, Jr., 73, of Monroe, LA, will be held at 11:00 AM Tuesday, July 12, 2022, at First United Methodist Church in Monroe, LA, with Pastor Brian Mercer and Pastor Shawn Hornsby officiating. Visitation will be held from 10:00 AM until time of service at the church. Interment will be in Myrtle Memorial Cemetery in Winnsboro, LA.

During his lifetime, Jerry considered himself blessed to have belonged to two church families: First Methodist Church in Winnsboro, LA and First United Methodist Church in Monroe, LA. He served his church as a member of the Chancel Choir, Adult Sunday School Teacher, Lay Leader, Methodist Men and Outreach to St. Joseph’s Assisted Living.

Dr. Golden is preceded in death by his father, Gerald C. Golden, Sr.

To order memorial trees or send flowers to the family in memory of Dr. Gerald C. Golden, Jr., please visit our flower store.