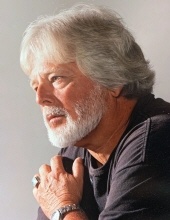 Funeral Services for Mr. Earl M. Sanders, 69, of West Monroe, LA, will be held 2:00 P.M., Sunday, January 9, 2022, in the chapel of Mulhearn Funeral Home in West Monroe, LA. Interment will follow in Chatham Cemetery in Chatham, LA. Visitation will be held from 12:00 P.M. until service time on Sunday.

Mr. Sanders was born July 8, 1952 and passed away January 2, 2022. He enjoyed hunting, fishing, cooking, gardening, riding backroads in his truck, and he loved having any kind of project to work on. Most of all, he loved his family and friends and spending time with them.