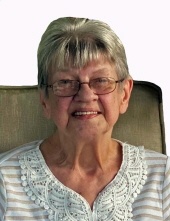 Eleanor Mohrman Summers, 83, of West Monroe, LA went home to her Lord and Savior on September 10, 2022. She was born on March 9, 1939 in Queens, NY to a large family of German heritage. She graduated from Amityville Memorial High School in 1957 and a year later married Frederick “Gene” Summers who had moved from Monroe to New York with his family. They eventually returned to Louisiana where she would remain for the rest of her life, considering herself a true southerner.

Eleanor enjoyed a long career working in the legal profession in both Monroe and Lafayette, LA. She was fiercely independent, loved to sew and crochet, enjoyed gardening and was an avid reader.

Eleanor was preceded in death by her parents, Helen and Herman Mohrman; and her siblings John, Jim, Bill, Mildred, and infant brother Walter.

A private family service will be held at a later date. Memorials may be made to First Methodist Church of Monroe or a favorite charity.

The family would like to thank Lillie Sitters for their assistance during this difficult time.

To order memorial trees or send flowers to the family in memory of Eleanor Mohrman Summers, please visit our flower store.