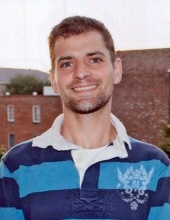 Funeral services celebrating the life of Frederick (Eric) Robert Crandall, IV, 40, of Memphis, Tennessee, will be held at 2:00 P.M. on Tuesday, May 25, 2021, in the chapel of Mulhearn Funeral Home in West Monroe, Louisiana, with Brother Rick Crandall officiating. Interment will follow in Mulhearn Memorial Park Cemetery in Monroe, Louisiana.

Eric Crandall was born on May 3, 1981, to Rick and Mary Crandall in Macon, Georgia. After a brief, severe illness, Eric went home to Heaven on May 21, 2021. He was preceded in death by his grandparents, Fred and Elaine Crandall and Harry and Virginia Radcliffe.

Our family has special appreciation for Eric's best friend, Laida Dawa, as well as his other work friends at the Holiday Inn and Suites Memphis Southeast-Germantown. We will never forget your love for Eric and the gracious kindness you showed our family.

Eric's entire life was a testimony of God's grace and his healing power. In July 1992, he was diagnosed with what should have been a terminal brain tumor; yet, God said "no." In what could only be described as a miracle, the Lord gave him nearly thirty more years to pour into his friends and family. Two years ago, Eric became an even clearer picture of God's ability to restore broken vessels when he rededicated his life to Christ. The past two years have been filled with laughter, love, and even more importantly, a legacy of faith. Soli Deo gloria!

In lieu of flowers, donations may be made to the St. Jude Children's Research Hospital.
To order memorial trees or send flowers to the family in memory of Eric Crandall, please visit our flower store.