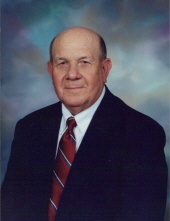 Fay “T-Model” Guyton Thurman, 85, of Monroe, Louisiana, formerly New Iberia, Louisiana, went peacefully to be with his Lord and Savior Friday morning, August 6, 2021.
He is survived by his wife of 62 years, Mary Frances Smith Thurman, son, Jerry Thurman (Liz) of Nashville, TN, daughter, Kelli Thurman of Ft. Myers, FL, grandson, Jeremy Thurman of Chattanooga, TN and granddaughter, Lindsey Thurman of Asheville, N.C.
He is preceded in death by his parents; Rastus and Annie Guyton Thurman, brothers; Billy, Lloyd “Boots”, Cecil “Edge”, Edsel “Dinky”, Mason “Sam”, Floy “Tony” and Ray, sisters; Marian “Dinah” Schulz and Frieda Bonner.
He was a member of Highland Baptist Church in New Iberia and Parkview Baptist Church in Monroe. He was also a 32nd Degree Mason and 54-year member of the Masonic Temple.
“Coach” Thurman graduated from Sicily Island High School in 1956 and attended Northeast Louisiana State College (NLU/ULM) where he was a member of the baseball team and graduated in 1960. He went on to earn an M.ED plus 30.
He began his coaching career at Holly Ridge High School in 1961, and, in 1967, accepted an assistant football coaching position at New Iberia Senior High School (NISH). In 1970, he organized the NISH baseball program and “recruited kids to come play baseball”.
During his 1971-76 stint as the head baseball coach, NISH won district titles in 1971, 72, 73, and 75. During this same period, the NISH baseball program was a 1971 State Quarter-Finalist, 1972 State Semi-Finalist and captured the state 4A (now 5A) championship titles in 1973 and 1975. Coach Thurman was named District Coach of the Year in 1971, 72, 73 and 75. In 1975, he was named the Louisiana High School State Baseball Coach of the Year and was a finalist for the National High School Baseball Coach of the Year. In 1976, he left his coaching duties with a record of 129 wins and 25 losses and became the school’s athletic director until 1985. Coach Thurman was awarded the Region 5 High School National Athletic Director of the Year in 1985. In 1986, he took a position with the Iberia Parish School Board and retired in 1997 as the school board’s Director of Personnel.
Coach Thurman was inducted into the Louisiana High School Athletic Association Hall of Fame in 2002, as well as, the New Iberia Senior High School Hall of Fame in 2009. He always attributed his many successes to his fellow coaches, players and many friends in the city of New Iberia. He enjoyed following his former players’ sports and working careers and stayed in touch with many of them through the years.
Outside of sports, he enjoyed helping others advance their working careers, discussing local community related issues, backyard fish fries, crawfish boils and bass fishing in the great Atchafalaya Basin with family and friends.
Visitation will be Friday, August 13, 2021, from noon to 2 p.m. with a Masonic service to begin at 2 p.m. Both visitation and service will be at Mulhearn Funeral Home, 2308 Sterlington Road, Monroe, LA, 71203. Interment progression to Mulhearn Memorial Park Cemetery will immediately follow.
Memorial donations can be made to the Shriners Hospitals for Children at: www.shrinershospitalsforchildren.org
To order memorial trees or send flowers to the family in memory of Fay Guyton Thurman, please visit our flower store.