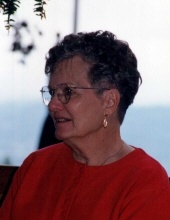 Funeral Services celebrating the life of Mrs. Faye Hines Wilhelm, 96, of West Monroe, LA will be held at 11:00 A.M. on Wednesday, June 1, 2022, in the chapel of Mulhearn Funeral Home West Monroe, LA with Rev. James Gardner officiating. Interment will follow in the Rutledge Cemetery in West Monroe, LA.

Mrs. Wilhelm was born on May 12, 1926, in Start, LA and passed away in West Monroe, LA on May 29, 2022. Faye retired from Brookshire’s Corporation in 1990 to take care of her granddaughters but still worked on the weekends at Super One Foods. After her grandchildren were in school, she helped keep her great nephews and then kept her great grandson for several years. She loved children, especially babies. Her eyes would light up when she saw a baby. Even after she was incapacitated, she still couldn’t resist picking up her great granddaughter. She is preceded in death by her parents, Talmadge and Lucille Hines; sister, Margie Ritter, and brothers-in-law, Robert Fowler, Bryan Ritter, Doug Benson, and Claude Sullivan.

Survivors include her daughter, Paula Rutledge and husband, Jack; granddaughters, Angela Barton and husband, Dylan and Alayna Whitmore and husband, John; great grandchildren, Jace, Nora, and Elijah as well as two who will be born in the next weeks; sisters, Doris Sullivan and Ruby Fowler; and brother, TL Hines and wife, Marie; and numerous nieces and nephews.

Visitation will be held from 9:30 A.M. until 11:00 A.M. on Wednesday at Mulhearn Funeral Home West Monroe, LA.

Faye’s family would like to thank the staff at Landmark Nursing and Rehab Center for the care they gave her the last three years, and especially the last few days of her life. The nurses and aides made sure she was comfortable, and many came by just to see her, which was a comfort to her family as well. Faye’s roommate Mrs. Collins was a Godsend and made sure Faye was okay. Faye’s family will be forever grateful to those who took such good care of her.

To order memorial trees or send flowers to the family in memory of Faye Hines Wilhelm, please visit our flower store.