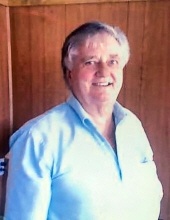 Funeral Services for Mr. Frederick Carlton Middleton, 83, of Monroe, LA, will be held at 2:00 P.M., Thursday, October 14, 2021, in the chapel of Mulhearn Funeral Home in Monroe, LA, with Rev. Scott Gray officiating. Interment will follow in Carter Cemetery in Bastrop, LA. Visitation will be held from 1:00 P.M. until service time on Thursday.

Mr. Middleton was born December 20, 1937, in Baskin, LA, and passed away October 11, 2021, in Monroe, LA. He was a member of New Friendship Baptist Church in Bastrop, LA, and a member of the Rotary Club of Bastrop. He owned a car dealership and finance company and was proud to be a veteran of the United States Marines.