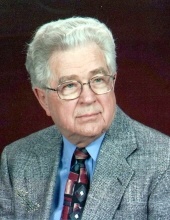 On January 27, 2022, Fulton Guice “Jack” Taylor left his earthly body to be welcomed into heaven by his Lord and Savior, Jesus Christ. The love of his life, Pauline, had been waiting there for him 5 1/2 years. Jack had a good, long life and passed just 6 weeks before his 97th birthday. Many who knew him would describe him as a man of quiet strength, but those closest to him would say that he was a kind and gentle soul with a sweet and loving spirit.

Jack was born in Corbin, Louisiana, on March 12, 1925. His youth was spent in Bush, Louisiana, where he graduated from the one room Union Grove School. He began working for the railroad with his father until he enlisted in the US Navy in 1943 at age 17. He served the Navy in the South Pacific Soloman Islands as a Aviation Ordinance man. He was truly one of the “greatest generation” who lived out the values of honor, integrity, self sacrifice, and patriotism.

Jack was discharged in 1946 when he was 21 years old. He returned home to Baton Rouge, where he again worked for the railroad and enrolled in LSU in the summer of 1946. He graduated in 1949 with a degree in Electrical Engineering.

The social activity in the summer of 1946 was visiting the skating rink where he met a beautiful brunette, Pauline Daniel, who became his wife on December 19, 1948. In addition to skating, Jack and Pauline loved riding motorcycles with their friends on Jack’s beloved Indian motorcycle.

With college graduation, motorcycle fun gave way to a career with South Central Bell, which later became AT&T. In 1959, he was transferred to Monroe and made it his permanent home. He worked there for 35 years until his retirement in 1985. After retirement, he continued to work until age 70 in engineering contract work. He continued his involvement with AT&T as a Life Member of the Pioneers, a volunteer organization of retired employees.

Jack loved to drive and see the country. He was known for taking many “scenic routes” just to see what was there. He and Pauline spent many hours driving across the country with their travel trailer. After retirement, many summers were spent with friends and family in the mountains of Colorado. In retirement, he also began to love puzzles of all kinds, especially sudoku. In his later years, he spent many hours every day on sudoku puzzles that kept his mind sharp into his nineties.