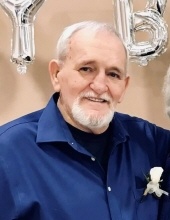 Mr. Carter was born February 23, 1949, and went to be with his Lord and Savior on July 4, 2021. He worked in the oil field for over 20 years. Mr. Carter then became a barber and retired a second time in 2018. He was a member of the First Baptist Church of Calhoun. Mr. Carter enjoyed hunting, fishing and was an avid sports fan, always pulling for the West Monroe High School Rebels, LSU Tigers, the Astros and the Saints. He was devoted to his family and friends and very well liked. Mr. Carter never met a stranger.

He is preceded in death by his parents, Velma H. Carter and Woodrow Carter.

The family would like to extend a special thank you to Elara Caring Hospice, Dr. Mouhaffel, Dr. Barron, Dr. Olinde, and the numerous nurses and staff who treated Mr. Carter with love. We are so grateful for all of the calls, prayers, visits, foods, gifts, and flowers throughout Gary’s illness and passing.

In lieu of flowers, the family requests donations be made to Mulhearn Funeral Home to help offset funeral expenses.