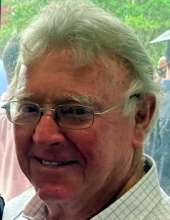 Funeral services for Glen Dewey McAdams, 75, of Monroe, LA, will be held at 11:00 A.M., Thursday, September 15, 2022, at North Monroe Baptist Church, Monroe, LA with Dr. Bill Dye and Warren Eckhardt officiating. Interment will follow at Mulhearn Memorial Park Cemetery. Visitation will be from 9:00 A.M. until time of service at the church, Thursday September 15, 2022.

Glen graduated from Ouachita Parish High School in 1965. He briefly attended Northeast Louisiana State College before joining the United States Air Force where he was stationed in Wichita, Kansas. After serving his country from 1966 – 1970, he attended Northeast Louisiana State College again before becoming an officer with the Monroe Police Department from 1973 – 1978. He worked at Reese Flooring and then began learning various construction trades from his uncle, Dean Collins, which led to him becoming a residential contractor.

Glen loved traveling with his family and buddies. Whether scuba diving in the ocean or hiking up a volcano, Glen was always ready for an adventure. From Alaska to Key West, New England to California, he has been there and seen that. Some of his favorite trips include rafting the Grand Canyon, hiking Mt. St. Helens, taking a helicopter to an Alaskan glacier, canoeing the Buffalo River, playing pat-a-cake on the bottom of the Atlantic Ocean, snow skiing in Colorado, seeing the places Jesus walked, and driving his motor home down trails only meant for a Jeep. He enjoyed traveling throughout the United States, Canada, Australia, England, Scotland, Wales, Italy, Turkey, the Caribbean, and Panama. He has seen the beauty God gave us and always encouraged others to do the same – to not wait for later. It was never unusual for Glen to say “let’s go”. His airplane and motor home were always packed and ready to head out.

Glen was a long-time and devoted member of North Monroe Baptist Church. Whether riding motorcycles with his buddies, rocking babies in the nursery, eating BBQ lunch on Friday, or cooking for various events, Glen spent much of his time surrounded by his church family. He served as a deacon for many years and went on numerous mission trips throughout the western United States and to Africa where he helped build numerous churches and homes.

The family would like to say a special thank you to the staff at Glenwood Regional Medical Center for taking care of Glen before he went home on hospice care and to the amazing sitters that helped us through the last weeks of his life – Debra Dawkin, Gary Hattisburg, Ida Manning, Ilene Eaton, and Tameeka Berry. Along with Elara Hospice, they kept Glen comfortable while bringing us comfort as well.

Visitation and funeral services will be held at North Monroe Baptist Church in Monroe on Thursday, September 15 with Bill Dye and Warren Eckhardt officiating. Visitation will be from 9:00 – 11:00 immediately followed by the funeral service. Glen will be laid to rest at Mulhearn Memorial Park Cemetery. There will be no public graveside service. Darren Laborde, Don Brant, Jack Thigpen, John Hunter, Mike Smith, Sonny Standifer, Steve Finch, and Trent McJunkin will serve as pallbearers. Honorary pallbearer is Semmie McAdams. In lieu of flowers, the family requests donations be made to the North Monroe Baptist Church Building Fund.

To order memorial trees or send flowers to the family in memory of Glen Dewey McAdams , please visit our flower store.