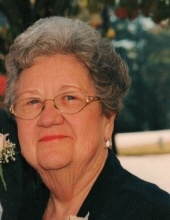 Gloria Ann Futrell Bingham, 88, of Monroe passed away peacefully on the morning of Friday, June 4, 2021, at her home.

She is the wife of Lawrence Carl Bingham, mother to Pamela, Carla and Valerie, grandmother to Emery and Brent, great-grandmother to Leyton and Nate.

The oldest child and only daughter of A.D. Futrell, Sr. and Vaudiene Nilene (Dunn) Futrell, Gloria Ann was born on May 15, 1933, in Grant parish. She is the grandchild of Thomas and Ida (Smith) Futrell of Colfax, LA and John Nathan and Julia Ann (Vaughan) Dunn of Pollock, LA.

She graduated LaSalle High School in 1951, where she played basketball and the French Horn in the Marching Band. She also graduated from NLU with a Bachelor’s Degree, Master’s Degree, and a Master’s +30 in Education.

She was an exceptional teacher to junior high students for over 20 years, having taught in Monroe City Schools, Ouachita Parish Schools, and finally in Richland Parish Schools. She was primarily a Librarian, but also taught English and LA history.

She was always steadfast in her faith and followed the Southern Baptist religion. She was a member of Swartz First Baptist for the last 49 years.

She was a member of ADK sorority, serving many offices including President; Pilot Club, serving many offices including President; State Officer of WMU; and a state officer of the Louisiana Baptist Convention. She organized the first Susan Komen Race for the Cure in Monroe, LA. She was selected the 2005 Mother of the Year for the Monroe region and went on to become the LA State Mother of the Year in 2005.

In recent years, Gloria struggled with Alzheimer’s Disease. It was an easy battle in the beginning, but as the disease progressed, Gloria became physically unable to move around as she wanted. She spent her last few months moving between reality and reliving her life in her mind’s eye. She lived a happy, joyful, peaceful life and those memories visited her and kept her engaged until the final hours of her life.

Memorials may be made to Swartz First Baptist Church-Women’s Missionary Union or Alzheimer’s Association.