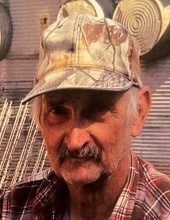 Funeral Services for Mr. Grady D. Jinks, 74, of Rayville, LA, will be 11:00 AM Wednesday, March 16, 2022, in the chapel of Mulhearn Funeral Home, Rayville, LA, with Rev. John Skinner officiating. Interment will follow at Greer Cemetery in Rayville, LA.

Mr. Jinks was born on October 13, 1947 and went to be with his Lord and Savior on March 12, 2022. He enjoyed hunting, fishing, welding, watching a good western, but most of all playing cards with his grandchildren.

He is preceded in death by his parents, Daulton Jinks and Sally Nichols Jinks; two brothers, Russell Jinks and Frankie Jinks; and a granddaughter, Brittany Jinks.

Cheryl and Robert would like to extend a special thank you to: Misty Jinks, Crossroads Hospice, Dr. Addison Thompson, and Emily Stansbury.