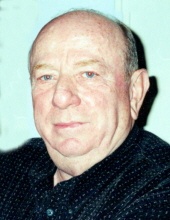 Visitation will be from 4:00 P.M. until 7:00 P.M. Wednesday at Mulhearn Funeral Home Sterlington Rd. Monroe, LA

Mr. Williams died July 24, 2022 at his residence surrounded by his loving family.

Lee received his BA degree in Industrial Engineering from Louisiana Tech University. After graduation he joined his father in a one room shop, and through hard work and dedication transformed Monroe Welding Supply into the largest independently owned air/gas company in North Louisiana. He was a member of the United States Army National Guard. He received his pilots license in 1970 and became a very accomplished Bush Plane Pilot. Lee was an avid outdoorsman and enjoyed spending many days in the field with his family. He was a founder and past president of Palmyra Hunting Club on Davis Island. He was a member of Pine Hills Gun Club, where he was a two-time Tri-State Trap Shooting Champion. Lee was a very active member of Ducks Unlimited and Coastal Conservation Association. He was the greatest duck caller in the state of Louisiana, especially at Wham Brake and Highway 15 according to his lovely wife.

Mr. Williams is preceded in death by his parents, Tense and Riley Williams.

Memorials may be made to St. Jude or Vanderbilt Children’s Research Hospital, ASPCA.org or Wounded Warriors Project.

To order memorial trees or send flowers to the family in memory of Harry Lee Williams, Sr., please visit our flower store.