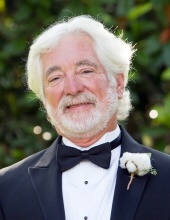 Jack Patton Mabray, Jr. passed away during the early morning of Monday, March 14, 2022, at the age of 72. Although his passing was sudden and unexpected, Pat Mabray lived a vibrant, joyful, and honorable life that was worthy of God’s calling.
Pat was born July 11, 1949, in Newellton, LA to Jack and Bettie Mabray. Later the Mabray family moved to Monroe where Pat would attend and graduate from Neville High School. At Neville, Pat excelled in many different ways, particularly that of running track. He went on to attend LSU on a track scholarship where he was a member of Kappa Sigma Fraternity. Pat developed and continued to maintain deep and loving friendships with his Kappa Sigma brothers. This tight knit band of brothers continue to hold annual fishing trips and tailgating events that Pat lovingly participated in well beyond his graduation from LSU in 1971.
After his tenure at LSU, Pat moved to Memphis where he worked for Dow Chemical Co. This occupation provided experience for him that would play a role in his life long career of farming on Somerset Plantation, owned by the descendants of his maternal grandparents. He moved back to Newellton to begin farming in 1974. Pat was more than a farmer; he was truly a steward of God’s creation. He took tremendous pride and responsibility for tending to Somerset’s beauty. He also started and maintained Somerset Hunting Club for over 35 years. He always showed gratitude for the land that provided so many opportunities for him.

Pat made contributions to his community, but he truly excelled in the contributions he made to his family and fellow friends. Pat had a particular way of speaking life into people no matter the circumstance. He is considered by all to be a man of joy, gratitude, humility, and selflessness. He had a special way of uplifting others simply by the respect he would show them. He did this for all. A southern gentleman to the core, Pat lived a life that was truly exuberant while also loving and caring for those around him. Pat was a man whose word was his bond. He had a dependability unmatched by most. He was simply a tremendous friend, father, husband, brother, grandfather, and leader. He was also one heck of a hunter. Pat was a competitor to his core. Simply put, Pat was a winner. He lived a life not of self-consideration, but one that put others’ needs before his, just as the teachings of Jesus instructed him to do.

Pat is survived by his beautiful and caring wife, Jan. He was an amazing and dependable father to his son Wilson, as well as father-in-law to Wilson’s wife Tallie. One of Pat’s favorite roles was that of being grandfather to Patton and Nena Mabray to whom he was lovingly known and cherished as “Chief”. Pat was a beloved brother to Melinda Wright, Mary Hardwick, and John Mabray.

Jack Patton Mabray, Jr. will be honored in a celebration of life on March 19, 2022, at Covenant Presbyterian Church in Monroe, LA at 1:00 PM. Pat considered Covenant to be the “church that had his heart.” Pat’s family has recommended memorials be made to the Creutzfeldt-Jakob Disease Foundation, Inc located at 3634 W. Market Street, Suite 110 Akron, OH 44333.

To order memorial trees or send flowers to the family in memory of Jack Patton Mabray, Jr., please visit our flower store.