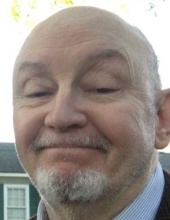 Funeral service for Mr. James Alton Nash, 75, of Monroe, LA, will be held at 3:00PM Thursday, November 4, 2021, at the Church of the Redeemer in West Monroe with Rev. Steve Wilkins and Pastor Dan Nash officiating. Interment will follow in Roselawn Memorial Gardens under the direction of Mulhearn Funeral Home Sterlington Rd. Monroe. Visitation will be from 2:00PM until service time Thursday at the Church of the Redeemer.

Mr. Nash was born on April 4, 1946, in Atlanta Georgia and passed away on November 1, 2021, in Monroe, LA. He was preceded in death by his son, Stephen David Nash; grandson, Skylar Antonio Nash; father, Willis Thomas Jackson Nash; and mother, Winnie Maude MacArthur Nash.

James grew up as a Navy brat moving many times during his childhood including Rhode Island, the Florida Keys, Louisiana and finally Virginia. He graduated from Groveton High school in Alexandria VA.

James apprenticed to be a carpet installer back when needle and thread were used to seam carpets. He became a Master Installer and even worked on antique carpet displays at the Smithsonian Institute. He created and sold many custom carpets throughout the years. Most importantly following High School James became a Christian. He strove to follow Christ and served in a variety of positions of service in the Church including Deacon, Elder, Sunday School teacher, and Royal Ranger Commander. James participated in mission trips to Mexico City and Panama City. James always desired to serve Christ so others would come to know his Lord and Savior. James was a humble man who protected the vulnerable in this world. His kindness and willingness to serve others is remembered by all who knew him.

Memorials may be made to Geneva Academy.
To order memorial trees or send flowers to the family in memory of James Alton Nash, please visit our flower store.