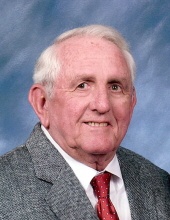 James Harry Hamilton Pankey, of Monroe, Louisiana, passed away peacefully, surrounded by his family, on August 29, 2021.

He is survived by his wife of 53 years, Carolyne Lee Pankey; children, Dr. Joseph H. Pankey (Meg) of Monroe, Paige Pankey Sims (Cole) of Sterlington; and grandchildren, Joseph Ty Pankey, Patton Pankey Sims, Mollie Francis Sims, Sarah Jane Sims, and Caroline Omega Pankey. He is also survived by special nephew, Dr. Lee Pankey (Sharon) of Monroe, as well as numerous other nephews and nieces. He is preceded in death by his parents, Dr. and Mrs. Joseph H. Pankey of Ferriday, and his half brother, Joseph W. Pankey of Winnsboro.

Harry was born on November 20, 1936, in Monroe, but his family moved in the early 1940’s to Ferriday, Louisiana, where he later graduated from Ferriday High School. He was known for his good-natured personality and fun-loving spirit, as well as his great success as an educational administrator. As a husband, father, grandfather, and beloved principal, he stood as the patriarch of the family and held considerable influence in his community.

Harry graduated from Northwestern State University with a Bachelor of Science in Elementary Education, before going on to receive a Master of Education in Administration and Guidance from Mississippi College. He also completed more than 30 hours beyond his Master’s degree at the University of Louisiana at Monroe. He was a member of several professional organizations including Phi Beta Kappa fraternity, the Louisiana School Executives Association, Monroe City Teachers Association, and the Southern Association of College and Schools Accreditation Committee. In addition, he served, at different times, as the President of the Monroe City Principal’s Association and of the Louisiana Independent School Principal’s Association.

With 38 years of experience as an educator, Harry served as a teacher and coach at Davidson High School in St. Joseph, Counselor at Neville High School, Principal at Sallie Humble School; Headmaster, Principal, and Counselor at River Oaks High School; Principal at Riverfield Academy, and Head of School at Grace Episcopal. Harry loved his students and faculty and was beloved in return. During his tenure at Grace, he served as principal to three generations of students and families.

Harry also loved the outdoors and spent his free time hunting, gardening, playing sports, and teaching his grandchildren how to do these things well. He especially enjoyed raising and caring for his dogs and taking his grandsons rabbit hunting. In fact, he could tell wonderful stories of his many adventures and never lacked for something to say. Harry never met a stranger and always had a big grin or pat on the back for everyone.

Harry Pankey will be remembered as a beloved father, grandfather, friend, and principal who touched the lives of everyone who knew him. He influenced so many young people over the course of his career in education and he forged a close connection with each of his grandchildren by spending time with and mentoring them.

Harry’s family would like to thank Dr. Kerry Anders and staff, as well as the nurses and staff of the 6th/7th floors of St. Francis Medical Center, for their exceptional care. In lieu of flowers, contributions may be made to Pilots for Patients, Parkview Baptist Church, or the charity of the donor’s choice.