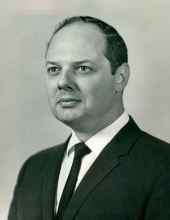 Funeral services for James Pascal Norris, will be held at 11AM on Monday November 29, 2021, at Jesus the Good Shepherd Church with Rev. Tim Hurd officiating.
Preceded in death by his wife of 68 years, Helen Hayes Norris. Survived by three sons: Jim Richard and Paul, and their families.
In 1943, Mr. Norris graduated from the Northeast Center of Louisiana State University, the forerunner of the University at Monroe, where he was a company commander in the R.O.T.C. He went on to become the first president of what is now the ULM Alumni Association.
Mr. Norris was proud to have served in the United States Army Air Corp as a pilot of B-29s in the Pacific theater during World War ll. After the war, he remained in the Air Force Reserves until 1985, retiring as a Lt. Colonel.
Mr. Norris received his law degree from Louisiana State University in 1950 and was subsequently an attorney in private practice in Monroe for 50 years. While attending LSU Law School, he was on staff of the Law Review and was inducted as a member of the Order of the Coil.
Mr. Norris was an active public speaker from 1969 through 1972. He was invited to deliver over 900 speeches in that period.
For their dedicated service, the family thanks Eddie Mae Merryweather, Hannah Wilson, Glendora Jackson, and Serenity Care Providers.
No flowers or memorials, please.
Funeral arrangements by Mulhearn Funeral Home, Monroe, Louisiana.
To order memorial trees or send flowers to the family in memory of James Pascal Norris, Jr., please visit our flower store.