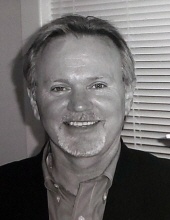 James Randolph “Randy” Garner, age 68, was born on June 25, 1953 and passed away peacefully at home surrounded by family on March 30, 2022 following a brief illness. A funeral mass will be said at Jesus the Good Shepherd Catholic Church on Wednesday, April 20th at 10:00 am. Co-officiating will be Father Joseph Ampatt, Father Rothell Price, and Deacon Scott Brandle.

Randy was born in Livermore, California but moved at young age to Rayville, Louisiana, where he spent his formative years. He attended Rayville public schools and graduated from Rayville High School in 1971. Randy then attended the University of Louisiana-Monroe, where he where he graduated with a degree in business and finance in 1975. He excelled in business and had a successful career in both the banking industry and in private business, providing capital and supporting businesses throughout the state of Louisiana. Randy loved the outdoors spending time gardening, duck hunting, or riding motorcycles. In his younger years, he enjoyed training for and competing in triathlons and marathons, completing the New York City Marathon several times. He loved the finer things in life and enjoyed entertaining family and friends. Randy was always up for a good bottle of red wine, a great meal, and even better conversation. His faith in Jesus was always important to him from an early age. He particularly enjoyed sharing it with his ACTS brothers at Jesus the Good Shepherd both as a retreatant and team member.

He is preceded in death by his wife, Deborah Garner, and his father, James Garner.

The family would like to express their gratitude to the doctors, nurses, and therapist at Glenwood Regional Medical Center, Intensive Specialty Hospital, Willis Knighton Rehab, and the Glen. In particular, they would like to thank Lifepath Hospice in Shreveport, Compassus Hospice in Monroe, and Gerry Smith, for his kindness, compassion, and excellent care he showed Randy and his family during his final days.

In lieu of flowers, donations can be made to The University of Maryland School of Medicine, Department of Pediatrics, Brain and Tissue Bank, whose research may help those with similar conditions to Randy’s.

To order memorial trees or send flowers to the family in memory of James Randolph "Randy" Garner, please visit our flower store.