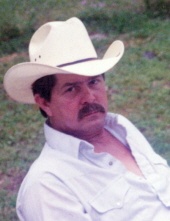 He served in the Vietnam War in the United States Army, and later owned Hudleston Tractor & Dozer. He was a member of Lapine Assembly of God Church, and was also a member of Clearwater Bass Club and Ducks Unlimited.

John is preceded in death by his parents, Doyle and Helen Mazie; granddaughter, Raelynn Hudleston; and grandson, Daniel Hudleston.

Memorials in his honor may be to St. Jude Children’s Research Hospital.