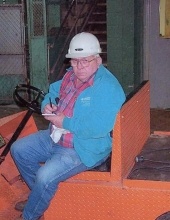 Funeral Services for John D. Price, Jr. will be held at 1:00PM Monday, March 21, 2022, in the chapel of Mulhearn Funeral Home, West Monroe with Rev. Gordon “Skip” Dean officiating. Interment will follow in the Kilpatrick’s Serenity Gardens in West Monroe, LA.
John D. Price Jr. known by most as J.D. 83, a lifelong resident of Ouachita Parish, passed away Friday the 18th of March in the comfort of his own home.
He was born on January 24, 1939, to Loraine and John Price Sr. He married Margaret Ann Forbito on September 4, 1959. They were married for 59 years before she passed in 2019.
Larger than life. That’s what he was to his kids, grandkids, and great grand kids. He wasn’t one to show emotion and be overly affectionate, but he was dependable, solid, a provider, and a fierce protector. He always ensured his family was taken care of financially right down to m&m money and dance lessons. In his final weeks as his mind faded from the present, much time was spent holding hunting club meetings, playing in golf tournaments, working at the mill, and building various things. He started working at the papermill the summer of his junior year of high school and became permanently employed upon graduation. He spent his career in plant 31 and retired as a supervisor. Aside from his duties as father, husband, and mill employee, he served in various roles in the community. He coached many years of Dixie Youth baseball on North 7th. St. and served as a board member. He was the vice president of the west league and was one of the original board members instrumental in purchasing the property that is now the Biedenharn sport’s complex. He was a member of the J. C. Stewart Lodge Masonic Lodge # 460 for 54 years. J.D. was an outdoors man. He loved hunting, fishing, golfing, and watching the bees in his yard. He was the last living charter member of the Hoodsmill hunting club where he held various positions on the board including serving as president. Hunting was a passion of his, and one he enjoyed sharing with his son, Tommy, and grandson, John.
He is preceded in death by his wife, Margaret Ann Price; mother, Loraine Price; father, John Price Sr.; brother, Howard Price; and sister, Kitty Hubbard.

The bank of Daddy is now closed.

To order memorial trees or send flowers to the family in memory of John Delton Price, Jr., please visit our flower store.