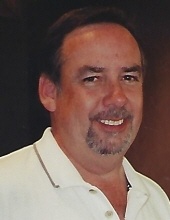 Memorial services for John Michael “Mike” Savage, 67, will be held Wednesday, November 3, 2021, at 2:00 P.M. at Mulhearn Funeral Home with Deacon Scott Brandle officiating. Visitation will be held prior to the service from 12:00 P.M. – 2:00 P.M.
Mike was born July 2, 1954, and passed away on October 29, 2021 after a brief illness. Mike was a graduate of Neville High School and attended Louisiana State University. He attended Jesus the Good Shepherd Catholic Church.
Mike’s first love was his family, and he was a loving father, son and brother. He held a lifelong passion for music, golf and was a huge Tiger Football fan. Some of Mike’s fondest memories were trips to the mountains of Colorado and Arkansas, especially the time he spent working at Caribou Ranch. For the last 13 years, he was employed by Chase Home Finance.
Mike was preceded in death by his parents, John Francis Savage and Caroline O’Brien Savage; his sisters, Susan Savage Bohac and Darby Savage; and his son, Patrick Michael Savage. He is survived by his son, Brian Francis Savage; sisters, Kathi, Sandy and Patti Savage, Aimee Savage Anthony (David) and Caroline Savage Cascio (Rodney). He is also survived by nieces and nephews, Chris Bohac and Jenni Bohac Adams, Stephen and Lindsey Anthony, John and Katherine Cascio and great-nieces and great-nephews Taylor and Jaxson Bohac, Emma, Carson, Gavin, Milo Anthony, and Caroline Adams and by his former wife and dear friend Pam Tedeton Savage.
Honorary pallbearers are Richard McGivern, David Minninger, Edwin Regan, Paul Albright, Victor Charles Cascio, Cary Zeagler, Chris Bohac, Stephen Anthony and John Cascio.
In lieu of flowers, memorials may be made to The Wellspring Alliance for Families, Jesus the Good Shepherd Church and School, or the charity of your choice.
To order memorial trees or send flowers to the family in memory of John Michael Savage, please visit our flower store.