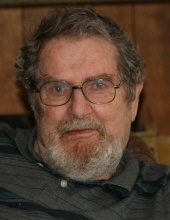 Graveside Services for Mr. Johnny Robert Freeland, 82, of Rayville, LA, will be 11:30 AM Friday, January 14, 2022, at Stevenson Cemetery in Rayville, LA, with Rev. Chet Johnson officiating. Arrangements are under the direction of Mulhearn Funeral Home, Rayville.

Mr. Freeland was born August 28, 1939, in Rayville, LA and passed from this life on January 10, 2022. Johnny loved the land he was raised on. He spent a lot of his time on the banks of the Boeuf River fishing and hunting. His vegetable gardens were always beautiful and plentiful. He also loved playing ball with his family. He played league and tournament softball well into his forties. Not many balls got past him at third base. He was an avid LSU Tiger and New Orleans Saints fan.

Johnny worked for Manville Paper for over 27 years and then New Town Station in Oak Ridge for 20+ more years. He was a man that believed in hard work and doing things the right way. He was a kind man, but he was tough and stood by his word-a man’s man. He married Mrs. Carolyn in 1973 after the untimely death of her first husband. He stepped in to raise four little girls as his own and then soon added a son to the family. Spending time with his family was his pride and joy.

The family he loved so much will greatly miss him.