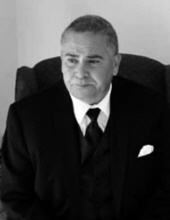 Jose also known as ‘Cirilo’ was born in Tegucigalpa Honduras on March 11, 1964, to Maria Elena Alvarez and Jorge Alberto Davila. In 1981 Jose and Marlen Alvarez were wed in in their hometown. Five years later they had their only daughter Melissa Lara. He immigrated to the United States to live with his brother in Louisiana in December 1989 before moving to California with his wife and daughter. There he was a dedicated husband and father who worked at as a car detailer in a local car shop. In June 2017 he welcomed his granddaughter Milania. Jose loved to be surrounded by friends and family with food, drinks, and good music. Jose loved to spend the weekends watching soccer games of Olympia, his local soccer team in his birth town-the real Madrid soccer team-and basketball with the Lakers. He will forever be in the hearts of his loved ones.

Jose Mauricio Alvarez, passed away on June 19, 2021, at the age of 57 following his grandmother Estella Vallejo and his father Jorge Alberto Davila.