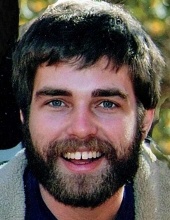 Joseph came into this world a loving child with a great thirst for knowledge that translated to a great variety of avenues for his life and talents. Music was definitely one of the greatest loves he had besides the love of his family and friends. Joseph had a deep appreciation and respect for those close to him and always strived to stay close to them even when he lived far away. He lived in Nashville, New Orleans, Baton Rouge, San Francisco as well as traveled to many places. No matter where he was, home and the people there were never too far from his heart. Joseph loved all genres of music being exposed at an early age at his grandmother’s dance studio that no doubt enriched his talent. One of his other loves was cooking which he had come to do with great skill and love. But of all his talents and gifts, his absolute love of people was his greatest. He will be remembered for this more than anything. His love for his brother, Benjamin, was so big and they were actually two who made one big love. They enjoyed playing music together so much that the hours upon hours it took to craft their skill seemed like nothing. Joseph was dedicated to his family and friends and always willing to lend a helping hand even if it was just listening or a hug. Joseph will be missed daily but would want those who love him to know he is watching over them with love. Miss Mazie Joe Blackwell was born June 29, 2022 and named after Joseph. What a special tribute and way to keep his love alive.

Funeral Services will be held at 12:00 P.M., Saturday, July 2, 2022, at First Baptist Church in West Monroe, LA, with Bro. Byron Boykin officiating. Visitation will be held from 10:00 A.M. until service time on Saturday at the church.

Memorials may be made to Child Evangelism Fellowship at P.O. Box 1053, West Monroe, LA 71294.
To order memorial trees or send flowers to the family in memory of Joseph Albert Ford, IV, please visit our flower store.