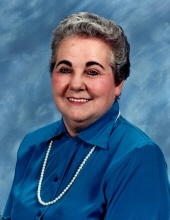 June Marilyn Girod Baker, 91, of West Monroe died Thursday, June 10, 2021, at Ridgecrest Community Care. June was born in the early morning on June 17, 1929, at home in Hebert, Louisiana, to the late Felix Isaiah and Beatrice Roy Girod. June was the youngest of the Girod’s eleven children.

After graduation from high school in Columbia in 1946, June moved to Monroe to work at Southern Bell Telephone Company and then in 1949 she worked at United Gas Pipeline Company. After the birth of her first child, she stayed at home to raise her children until the death of her husband in 1971. In 1973, she passed the real estate exam and became a real estate agent. By 1974, she started her own company, June Baker Realty, Inc. in West Monroe, which she owned until her retirement in 2010.

She was also a member of the Order of the Eastern Star, West Monroe Bowling Association, Kiroli PTA.

She was preceded in death by her husband, Hugh Frederick Baker, Sr., whom she married in August 1957. June cared for her husband, Hugh, through his lengthy battle with lung cancer until his death in March 1971.

June loved sports especially basketball, having played for both Columbia High School and United Gas Pipeline, and then later playing with her grandchildren in the driveway. She enjoyed spending her time bowling, gardening, traveling and loved every moment spent with her family.

Special thanks to Natalie Ward for extraordinary care given during her illness.

Church of the Redeemer Episcopal Cemetery