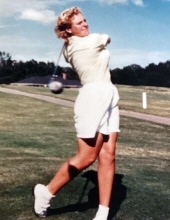 Kay attended River Oaks School and was an outstanding athlete and student throughout her school years. She was an all-state basketball and tennis player and was the only female on the Louisiana state high school golf team. She attended LSU in Baton Rouge in 1978 and graduated Summa Cum Laude from ULM with a Bachelor of Science. Kay went on to study medicine for three years at LSU Medical School in New Orleans. Much to the surprise of her family, she left medical school to pursue a professional golf career, and qualified for the LPGA US Open eleven months later; playing in it several more times during her career. Kay was on the professional golf circuit for 5 years playing in the Florida Futures Tour and LPGA circuit. In 1990, Kay became a stockbroker for Brookstreet Securities in Melbourne, FL, and pursued that career for 20 years. In 2010, she reinvented herself one more time and enrolled in the Cordon Bleu Culinary School in Orlando, FL, graduating in 2012. Returning to Monroe after culinary school, Kay worked as a chef and cook in various venues for the last 9 years. She is remembered by her family for her incredible intellect, wit, determination and strength. We are heart broken at her passing, although she did fit several lifetimes into this one!

A special thank you to family friends, Alicia Doyle and Chuck Summerville.
To order memorial trees or send flowers to the family in memory of Kathleen Jena "Kay" Loflin, please visit our flower store.