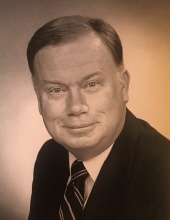 Ken Purcell 74, of West Monroe passed away and joined our Lord on January 20, 2022. He was preceded in death by his parents, Robert and Myrtle Purcell and his beloved “Aunt Puddie”, Majorie Dixon.
Funeral service will be held Tuesday, January 25, 2022, in the chapel of Mulhearn Funeral Home in West Monroe, LA with Rev. Shawn Hornsby officiating. Interment will be in Hasley Cemetery. Visitation will begin at 12:00 PM until service time on Tuesday at the funeral home.
He will be very much missed by his wife, Connie and stepsons, Phil Garner and his wife, Michele, and William Jay Garner and his wife, Sandi.
Ken was a member of the Lions Club and the Seventh Day Adventist Church. He also attended the First Methodist Church in Monroe with Connie.
He learned, in his words, “The Art of Photography” when he served in Germany as a medic in the Army. Returning stateside he completed a major in photography with a minor in Advertising Design at ULM. He worked at the News Star World, earning the position of Chief Photographer. He then worked at KNOE TV as a 16mm film developer; soon after starting at KNOE, he learned the art of video tape, a new phase in the world of photography.
In 1992, he left KNOE to begin his own business, Purcell Photogenic Services, doing portraits, weddings, and even “dogs and cats”. He wrote two books, both filled with photographs and historical stories with fun facts about the area. Ken later moved to Control Services as a product photographer.
In more recent years he helped Habitat for Humanity repairing building problems for the residents of Rays of Sunshine housing which gave him special joy. Ken loved riding his Harley Davidson motorcycle with friends and going on cruises with Connie to see different places of the world.
Ken never met a stranger, offering his time and abilities to many friends and people in need. He will always be remembered for his kindness and loving encouragement to a great many. He lived his life by integrity, believing “your word is your bond” and “All it takes is a handshake”. Ken will be missed by many who count him as a valued friend.
He leaves behind those special to his heart; His grandchildren, Blake Garner and wife Cheena, Bridget and Brooke Garner, Brittany Wade and husband, Chris, Paul Michael Garner and wife Emily, Abbie Barefield and husband Dusty, Allie Gallup and husband Briar, Jake and Julia Estis. His great-grandchildren; Ruby and Rhett Garner, Emersyn, Edison, and Elliot Rose Wade, Tyde William Gallup, Kendall Barefield, and Harrison and Lily Garner.
Pallbearers will be Rusty Lavender, Robert Stratton, Creighton Chandler, Gene Tindall, Chris Baker, and Gary Fleming.
The family wishes to thank all who have brought meals and called to express sympathy and care.
In lieu of flowers the family request that donations be made to the Rays of sunshine in Monroe, LA.

All of Mr. Purcell's photo collections will be bequeathed to the Ouachita Parish Library.