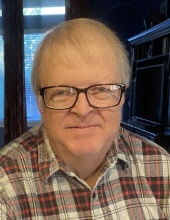 Kenneth Lee Hart passed away peacefully on August 30, 2021, surrounded by his family.

Funeral services celebrating his life will be held at 2:00 P.M. Friday September 3, 2021, in the chapel of Mulhearn Funeral Home in West Monroe, LA, with Dr. Mark Fenn officiating. Interment will follow in Hinton Cemetery in the Luna community.

The family will receive friends from 1:00 P.M. until services at the funeral home. All COVID protocols will be followed.

Ken was born on November 5, 1951, in Delhi, LA, to Russell L. Hart and the late Patsy Cooper Hart. He grew up in Monroe, and graduated from Ouachita Parish High School, where he was a member of the OPHS marching band. Ken attended Northeast Louisiana University (ULM) and received a Bachelor of Business Administration in Management Degree. In recent years, Ken was a general contractor in residential and commercial construction.

Marion Cole, Hall of Fame aerobatic pilot, taught Ken, at the young age of 16, to fly airplanes. Ken loved being a part of the Experimental Aircraft Association and a highlight of his life was attending the annual convention in Oshkosh, Wisconsin. He liked competing in BBQ competitions around the area. Ken always enjoyed cooking for special occasions, including two family wedding receptions. He was an avid cookbook collector and student of all things culinary, especially eating at fancy restaurants. His favorite restaurant was the Highland Grill in Birmingham, AL.

Long ago Ken was a Little League catcher and he loved sharing baseball with Charlie and more recently with his grandchildren. They were all going to be future MLB players.

During the last year, Ken spent much of his time in the parking lot of MD Anderson waiting for his “angel” to give her a ride to another building or take her home at the end of a long day of treatment. He never wandered off, and some days he sat waiting patiently for 6-8 hours, just hoping for a little more time with her. While in Houston, Ken often said he felt as if he were “flying” over the ramps on those Houston freeways.

Ken was a quiet, gentle presence who was always willing to help in whatever way he could. He will be greatly missed, but we know he’s reunited with his angel.

The family would like to thank the staff of Glenwood’s ICU for their compassionate care of Ken.

Memorials may be made to Pilots for Patients, 3127 Mercedes Dr. Monroe, LA 71201.
To order memorial trees or send flowers to the family in memory of Kenneth Lee Hart, please visit our flower store.