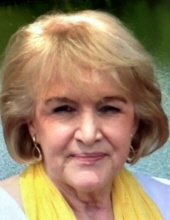 Ms. Ann was born in Oak Grove, LA, on October 27, 1946, to the late Albert Modell O’Neal, Sr. and Josephine Kovac O’Neal. She was also preceded in death by two of her brothers, Eugene O’Neal and Mitchell O’Neal, as well as one of her sisters, Gloria O’Neal Troia.

She graduated from Oak Grove High School before going on to beauty school and becoming a talented hairdresser faithfully serving her clients for over 50 years. LeLe loved her children and especially loved watching her grandchildren play sports and celebrated all of their accomplishments. She was a very loyal friend who loved her family fiercely. Ms. Ann was one of a kind; she never met a stranger. She was a member of First West in West Monroe, LA. Her favorite Bible verse was John 3:16: “For God so loved the world, that he gave his only Son, that whoever believes in him should not perish but have eternal life.”

To order memorial trees or send flowers to the family in memory of Lela Ann Cascio, please visit our flower store.