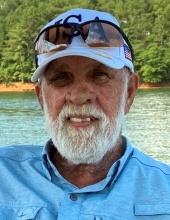 Funeral services for Mr. Leonard “Lynn” Morris Causey, 78, of Monroe, LA, will be held at 3:00 P.M. Saturday, August 6, 2022, in the chapel Mulhearn Funeral Home in Monroe, LA, with Rev. John Mabray officiating. Visitation will be held from 1:00 P.M. until time of service.

Lynn was an avid hunter, loved animals and baseball. His greatest thrill was attending every one of Dakota’s baseball games, both near and far.

Mr. Causey is preceded in death by his father, M.L. Causey and his mother, Edna Tullos Causey.

In lieu of flowers, memorials may be made to St. Jude Children’s Research Hospital.

To order memorial trees or send flowers to the family in memory of Leonard "Lynn" Morris Causey, please visit our flower store.