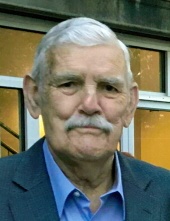 Visitation will be from Noon until service time on Tuesday at the church.

Mr. Feazel was an active member of First Baptist Church in West Monroe, where he served as an Usher and Bus Driver for many years. Les retired from the West Monroe Fire Department after 36 years of service. He was a longtime West Monroe Rebel football and baseball fan. Les enjoyed being in the woods deer hunting with his grandson, Andrew.

He was preceded in death by his parents, three brothers, a sister, and his son-in-law, Russell Bryan.

Memorials may be made to The CASA of NELA 622 Riverside Dr. Monroe, LA 71201.
To order memorial trees or send flowers to the family in memory of Lester H. Feazel, please visit our flower store.