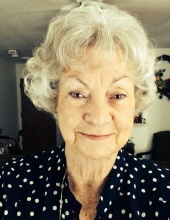 Lillian was a businesswoman with stores in Texarkana and Bossier Louisiana. Lillian will be remembered by many who love her and who she helped in a time of need. She opened her home and her heart many times. Many call her “Mom” or “Mrs. D” with affection.

In lieu of flowers memorials may be made to Dancing Cat Farm, a 501c3 feline rescue.