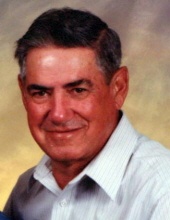 Funeral service for Mr. Louis Lynn Walters, 90, of Rayville, LA, will be held 11:00AM Thursday, August 11, 2022, in the chapel of Mulhearn Funeral Home Sterlington Rd. Monroe with Rev. Brian Rankin and Chris Walters officiating. Interment will follow in Mulhearn Memorial Park Cemetery. Visitation will be from 9:00AM until service time Thursday, August 11, 2022, at the funeral home.

Mr. Walters was born on September 6, 1931, in Buckner, LA, and passed away on August 8, 2022, in Rayville, LA, surrounded by his family. He was a U.S. Navy veteran serving in the Korean War from 1951-1953. Mr. Walters was a member of Bethany Baptist Church and a member of the Monroe Seniors Fishing Club. He was an avid hunter and fisherman, but he loved spending time with his family especially his grandchildren and great grandchildren. He loved working with his hands tending to his garden and watching all auto racing. Mr. Walters was preceded in death by his parents, Homer and Alpha Walters; son Kent Louis Walters; grandson, Kent Joseph Walters; two brothers, Reece and Cletus Walters; and two sisters, Inez Zeagler and Cornelia Etier.

Memorials may be made to the Cancer Foundation in Monroe or to St. Jude’s Children’s Research Hospital.

To order memorial trees or send flowers to the family in memory of Louis Lynn Walters, please visit our flower store.