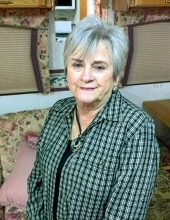 Mary Ann Jones Mason was born on October 21, 1940, in Percilla, TX and passed away on August 5, 2022, in West Monroe, LA. Mary Ann attended Grapeland High School where she caught the eye of Lawson Mason. Their first date was to the fair, then married two years later and were married for 62 years. Work brought Lawson and Mary Ann to West Monroe in 1966. Mary Ann was a loving wife, mother, and grandmother. She was a wonderful cook. She could often be found in her garden or sitting in her gazebo watching the birds.

She is preceded in death by her parents Porter and Edith Jones; and brothers, Porter Jones and Troy Jones.

Memorials may be made to Christ Church or Samaritans Purse.

To order memorial trees or send flowers to the family in memory of Mary Ann Mason, please visit our flower store.