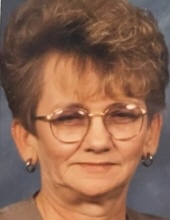 Funeral Services Celebrating the Life of Mrs. Mary Canady Reed, 72, of Delhi, LA, will be 10:00 AM Thursday, August 25, 2022, in the chapel of Mulhearn Funeral Home, Winnsboro, LA, with Rev. George Bates officiating. Interment will follow at Coax Baptist Cemetery.

Mary was born November 5, 1949 and went to be with her Lord and Savior on August 21, 2022. She was of the Baptist faith. Mary enjoyed sewing, crocheting, crafting, gardening, playing the guitar, singing, playing with her fur babies, laughing and making everyone laugh. She was very generous and would go without so others could have.

Memorials may be made to the Shriners Hospital for Children.

She will be missed by all who knew her!