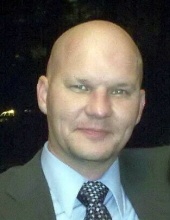 Lt. Swallow began his career at the Ouachita Parish Sheriff’s Office as a Reserve Deputy in 1993. He later joined the department as a full-time Deputy Sheriff in 1996 at the Ouachita Parish Correctional Center. He served both the Corrections and Patrol Divisions until transferring to the Identification Division, which included forensics, the scientific techniques used in the detection of crime. Swallow attended numerous training seminars and continually trained to learn the latest techniques to assure Ouachita Parish Sheriff’s Office investigations were as thorough as possible based on the latest technology, according to the department. He was a member of and later supervised the OPSO Crime Scene Unit for several years. He also served as an instructor in this field of expertise at the Ouachita Parish Sheriff’s Office-North Delta Training Academy. Swallow received numerous letters of commendations from not only the department but other agencies and the Courts noting his exemplary work.
Lt. Swallow was also an avid motorcycle rider, and some of his most cherished memories come from motorcycle trips he and Trinity would take. He and his father-in-law were regulars at Enoch’s Pub and Grill, and in 2011 he served as the St. Patrick’s Day Grand Marshal. He was a member of the Celtic Society, Sons of Erin, and proudly celebrated his Scottish roots. Lt. Swallow was a wonderful and caring husband, father, grandfather and son, and a cherished member of the community.

Pallbearers will be the Ouachita Parish Sheriff Honor Guard.

In lieu of flowers, memorials may be made to the Wounded Warrior Project.
To order memorial trees or send flowers to the family in memory of Michael Shane Swallow, please visit our flower store.