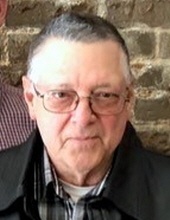 Mike was born January 17, 1942, in Natchez, MS to the late Winter Hopkins Martien and Celina Mulvihill Martien, and passed away on Thursday, January 20, 2022, at St. Francis Medical Center surrounded by family.

After Mike graduated from Waterproof High School in 1960, he went into the Army. Mike married Claudia Carter Martien from Vidalia, LA in 1967. Later in life, he attended Northeast Louisiana University, where he graduated with a Bachelor of Science in Agricultural Business. As a lifelong farmer, Mike dedicated his life to agriculture, not only farming for himself but managing farms for others and serving numerous other farmers through his work in retail ag sales.

After over 50 years in agriculture, Mike retired and spent his time fishing, hunting, gardening, canning, cooking, and most importantly spending time with family and friends especially in the outdoors. There was never a dull moment around Mike as he lived life to the fullest which was portrayed through all the stories that he loved to share.

In lieu of flowers, the family requests donations be made to M. D. Anderson Cancer Center in Houston, TX at https://www.mdanderson.org/donors-volunteers/donate/honor-loved-ones.html.
To order memorial trees or send flowers to the family in memory of Michael Winter Martien, Sr., please visit our flower store.