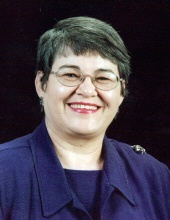 Born November 14, 1945, in Thibodaux, LA, Mona Acosta Oliver, 76, of Monroe, LA, died September 7, 2022, from complications from a courageous battle with cancer. Memorial services will be held at a later date.

A 1963 Neville graduate and a 1966 graduate of NLSC, (later NLU and ULM), Mona also earned a M.A. in ’68 and completed course work for a doctorate in ’71 from the University of Arkansas. She retired from ULM as Associate Professor of English in 2008 after 40 years.

Mona especially cherished the memory of being honored as the 2004-2005 Teacher of the Year for ULM’s College of Liberal Arts. During her long career, she taught a variety of courses in composition and literature, advanced grammar, and English as a second language (ESL). She also served as Acting Director of Freshman English, Director of ESL, and Director of the Teaching and Learning center – appropriate, seeing that teaching and lifelong learning were her passions.

After retirement, Mona enjoyed teaching a variety of short-tern classes for international students at ULM and later, working as a volunteer for the St. Francis Auxiliary until her health forced her to stop.

Mrs. Oliver is preceded in death by her parents, Ivan J. and Jenora Thibodaux Acosta.

She is survived by her beloved husband of 50 years, Jesse E. Oliver; son, Dr. Kevin M. Oliver, of St. Simons Island, GA; twin brother, Gerald J. Acosta; nephew, Mark Acosta and his daughter Ansley; nephew, Chris Acosta and wife Debbie and their son, Christopher – all of Shreveport, LA; cousins in southern LA and a number of close friends, colleagues, and former students locally and around the world.

In lieu of memorial services and flowers, donations may be made to ULM or to a charity of your choice.

The family would like to thank Dr. Greg Green and Dr. Scott Barron for their care of Mona during her illness.

To order memorial trees or send flowers to the family in memory of Mona Acosta Oliver, please visit our flower store.