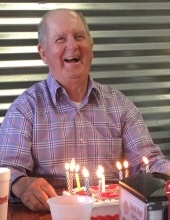 He is preceded in death by his wife, Dorothy Roberts Head; parents, Guice and Zula Head; and three brothers, Bobby Head, Charles Head and Edgar Head.

Memorials may be made to the Louisiana Baptist Children’s Home and St Jude Children’s Research Hospital.

Visitation will be from 1:00 PM until 2:00 PM Friday, February 11, 2022, at Mulhearn Funeral Home, West Monroe, LA.
To order memorial trees or send flowers to the family in memory of Oscar Huey Head, please visit our flower store.