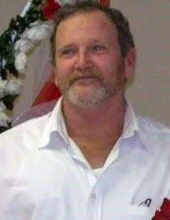 Private Memorial Services for Mr. Ray Hutchinson, 58, of West Monroe, LA, will be held at a later date.

Mr. Hutchinson was born May 24, 1963 and passed away on February 25, 2022. He enjoyed fishing, playing pool, listening to classic rock and roll, grilling, but more importantly spending time with his family especially taking his grandchildren to the Waffle House.

He is preceded in death by his parents, Bobby and Jinny Hutchinson; and daughter, Heather Marie Hutchinson.