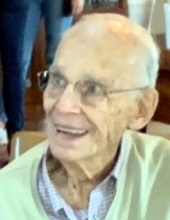 He served in the U.S. Army and was stationed at Fort Hood, Texas. He was honorably discharged. He served several terms as a U.S. Commissioner and was a member of the Fourth Judicial District Bar Association, the Louisiana State Bar Association, and the American Bar Association. He also enjoyed his memberships in the Optimist Club, YMCA and Monroe Racquet Club.
He was preceded in death by his father and mother, William Ford Pipes and Ruth Pipes (nee Ford); and his wife of 66 years, Jo Ann Pipes (nee Ransom).

In lieu of flowers, memorials may be made to Grace Episcopal Church, River Oaks School or the charity of your choice.

To order memorial trees or send flowers to the family in memory of Richard Hayes "Dick" Pipes, please visit our flower store.