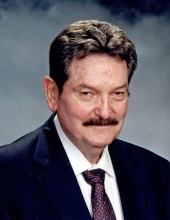 Funeral Services Celebrating the Life of Mr. Richard N. Bamburg, 89, of Calhoun, LA will be held at 11:00 A.M. Saturday, August 7, 2021 in the chapel of Mulhearn Funeral Home in West Monroe, LA with Rev. Tom Lowe officiating. Entombment will be in the Mulhearn Memorial Park Mausoleum in Monroe, LA.

Visitation will be held from 10:00 A.M. until Service Time on Saturday.
To order memorial trees or send flowers to the family in memory of Richard N. Bamburg, please visit our flower store.