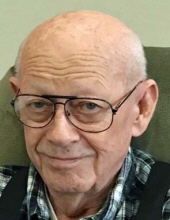 Robert Edward Biggs was born November 29, 1936, in San Antonio, Texas and passed away peacefully at his home in Monroe, Louisiana, on Sunday, February 13, 2022, after a long and hard-fought battle with cancer.
The service will be held Thursday, February 17, 2022, at St. Thomas Episcopal Church in Monroe with a reception at 12:00 noon followed by a Memorial Service at 2:00 p.m. The service will be led by The Reverend Dawnell Stodghill and The Reverend Rita T. Jefferson under the direction of Mulhearn Funeral Home.
Mr. Biggs served in the US Army Reserve along-side his brother, Don, from 1962–1968. He completed Basic Training at Fort Chaffee, AR, followed by Advanced Training as a Medic at Fort Sam Houston, TX. Bobby began his career in the oil field industry with PGAC around 1963, then later with Houma Valve where he enjoyed a successful career selling large drilling equipment.
Bobby and his wife Mary made Franklin, LA their home for more than 40 years. He served many years on the Board of Directors for Center of Hope, a cause dear to him because of his son, Robert. Bobby was an active member of the Krewe of Sucrose and served as the King of Sucrose in 1986.
Bobby was beloved by his family and friends. He was a relatively quiet man with a dry sense of humor, possessing an excellent memory of family history details that we all enjoyed and were richer for hearing. Bobby and Mary loved to travel, making many trips across the United States for business and to visit family. They loved to entertain and opened their home to family, friends and charitable causes over the years. After retirement, the Biggs’ moved to Monroe, LA to be near Mary’s (Coon) family relatives and became active with ARCO (ARC of Ouachita).
Mr. Biggs is predeceased by his wife, Mary Coon Biggs; his parents, Basil Edward and Ruby Lucille Carson Biggs; his sister, Ruby Lora Biggs; and brothers-in-law, Jacob Norman Coon, Jr., Allen Howard Coon, and Herman Jerry Carpenter; and nephew Ian Edward Biggs. He is survived by his beloved son, Robert Carson Biggs; siblings, Donald L. Biggs (Sharon), Gypsy Biggs Carpenter, Sandra Biggs Naquin (Paul), and Melinda Biggs Hall (Mike), as well as many faithful nieces and nephews and close family friends.
The family would like to thank Bonnie Jackson, Dr. Greg Green, Dr. Barry Weinberger, and the staffs of Fresenius Kidney Care, Renal Associates, Always Best Care, TruCare Home Health, and Premier Hospice for their tender care of Mr. Biggs. Your kindness and care have been appreciated.
In lieu of flowers, donations may be made to the ARC of Ouachita in Monroe, Louisiana, Center of Hope, Franklin, Louisiana, or the charity of your choice.
To order memorial trees or send flowers to the family in memory of Robert Edward Biggs, please visit our flower store.