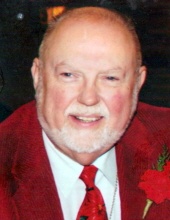 Robert was born to Homer Hanes Wilson and Wilma Martin Wilson on February 28, 1945. He Attended Sherrouse Elementary, Our Lady of Fatima, and graduated from St. Matthew’s High School in 1964. After High School he attended Mary Hill Catholic Seminary. He attended NELU and graduated in the second class in the School of Nursing. He enlisted in the United States Air Force and in a four year term advanced to E-5 SSGT. Working as NCOIC of BEMO, and NCOIC of Weapons and Ammunition. While in the Air Force he enjoyed many TDY assignments to Sea, Viet Nam, Laos, Thailand, South Korea, Japan, Australia, Greece, Italy, Sicily, Germany, England, France, Greenland, Canada, Porto Rico, and Alaska. Robert was a member of the Air Force Band for two years. After the Air Force he worked at a Government Facility in Nampa, Idaho. He attended NELU, Boise State University, St. Edwards University, University of Texas, at Austin, TX. Manhattan University, ULM Graduate School, and was the Founding President of the Music Teacher’s National Conference at ULM. He also attended Oklahoma State University. Robert Taught Music Education and keyboard instruments in Ouachita, Morehouse, Lincoln, Richland, Caldwell, and LaSalle parishes in North Louisiana. Robert also worked for fourteen years with the Registrar’s Office handling all forms of Student registration. In the 90’s Robert managed The First National Consultants for LA, TX, AR, and MS. He was also a certified florist and worked for The Flower Shop of Ruston. Robert began his career in hotel management in 1969, with his first job at Plaza Suites in Boise, Idaho. A unique hotel consisting of 264 suites with two pools, a 24-hour café, formal dining room, and three bars. While attending school in Austin, Texas, he worked for Barshop Motel’s Inc., later to become La Quinta Motor Inns. Robert moved back to Monroe to open the new LaQuinta Motor Inn on US165. He later worked for Inter Mountain Hotels of Monroe, with such brands as Rodeway Inns, Holiday Inns, and Super 8 Motels. In 1979 he married his high school sweetheart Virginia Accardo. Robert has worked as the Night Manager and Auditor for Marriott Hotels since the year 2000, at Residence Inn at Pecanland Mall.
Robert was also a Master Scuba Diver. He had five specialalities, namely, Cave Diving, Nitrox Diving, Wreck Diving, Equipment Diving, Photography and Search and Rescue. His 86 trips mainly were in the Caribbean, and Northern part of South America. He also made trips to Honduras and Venezuela as a World Hunger Volunteer. He had special friends that shared his desire to help the less fortunate people in South America. Rev. Paul and Tommie Sue Smith, for First Assembly of God were these special friends. Robert also shared his love of Our Lady of Fatima. He and his Aunt, Minnie Martin Thibeaux, were pioneers and there when Our Lady of Fatima was formed at Sherrouse School.
Robert also worked for Mulhearn Funeral Home and Kilpatrick Funeral Homes of Monroe and West Monroe. Providing music for funerals and soloists as needed.
Throughout his life, Robert served many Catholic, Lutheran, Methodist, Presbyterian, and Episcopalian Churches as organist and choir director. He traveled throughout North and South America, and Europe giving organ and choral concerts. In 2003 he traveled with The St. Gregory Chorale of Jesus the Good Shepherd Church, Monroe, to Italy to sing for the 25th Anniversary of Pope John Paul II. They gave a concert for the people of Rome, as well as singing for His Holiness at his summer residence in Castel Gondalpo, Itlay. They also sang in Assisi, and St. Peter’s in Rome. In the Monroe area, Robert served his church at St. Matthew’s, Jesus the Good Shepherd, Our Lady of Fatima, Christ the King Chapel, and the Sisters Chapel at SFMC. Robert liked to work…he firmly believed that an idol mind was the devil’s workshop He served the Church for several years. He treasured is love and friendship with Sister Lea Joyner. They met when Robert was a young child at the First United Methodist Church. Downtown. They kept in touch until her untimely death.
Robert was a former Grand Knight with Council 1337, and a member of the Fourth Degree Council 329 until his death.
Robert enjoyed cooking as he was a trained Chef, restoring works of art, translating Egyptian Hieroglyph’s, Archeology, translating documents, painting, sculpting, and composing music.
It is asked that any remembrances be made to “Feed the Poor” through Our Lady of Fatima Church, Monroe. So let it be written…so let it be done.
To order memorial trees or send flowers to the family in memory of Robert Lee "Bob" Wilson, please visit our flower store.